The law firm of Dover Miller Karras Langdale & Brantley, P.C. is pleased to announce that Charles A. “Chad” Shenton IV, has been named the firm’s most recent partner.  Chad has recently joined the firm after deciding to make a career change with his legal practice.

Chad has been practicing law since 2003. He became a partner in the law firm of Young, Thagard, Hoffman in 2009 and his practice focused in the area of  insurance defense litigation. Chad has handled dozens of jury trials around South Georgia in State, Superior and Federal courts, representing both defendants and plaintiffs. Chad was recently part of a legal team which obtained a record jury verdict of over $13,000,000 for an injured plaintiff.

Chad is now transitioning into a more general practice of law, with a focus in real estate transactions, wills and estates, personal injury litigation and mediation. Chad has recently been certified as a general civil mediator, a role he finds very rewarding as he helps parties resolve their differences outside the courtroom.

Chad is a lifelong resident of Lowndes County.  He graduated from Valdosta State University in 2000.  He then moved to Mississippi to study law at Mississippi College in Jackson.

Chad is a member of the State Bar of Georgia and the Valdosta Bar Association. He is licensed to practice in the Federal Court for the Middle District of Georgia, the Georgia Court of Appeals and the Georgia Supreme Court.  Chad and his wife Allison have two sons.  Chad enjoys fishing, hunting and spending time on the Suwannee River when time allows. 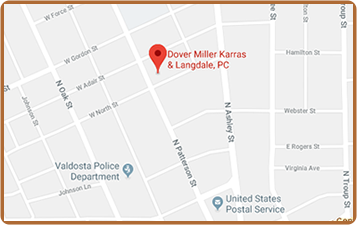